Smartphones and tablets users will be able to roam from Mobile networks to WiFi networks without having to then deal with slower connection speeds or service interruptions. The goal is to create better heterogeneous carrier-grade wireless networks that give users a consistent experience as they seamlessly shift from 3G/LTE networks to carrier-grade WiFi. Besides users move and roam from 3G/LTE networks into WiFi network, the Sweratel OLS also help users to find the best network for their Smartphones and Tables devices. 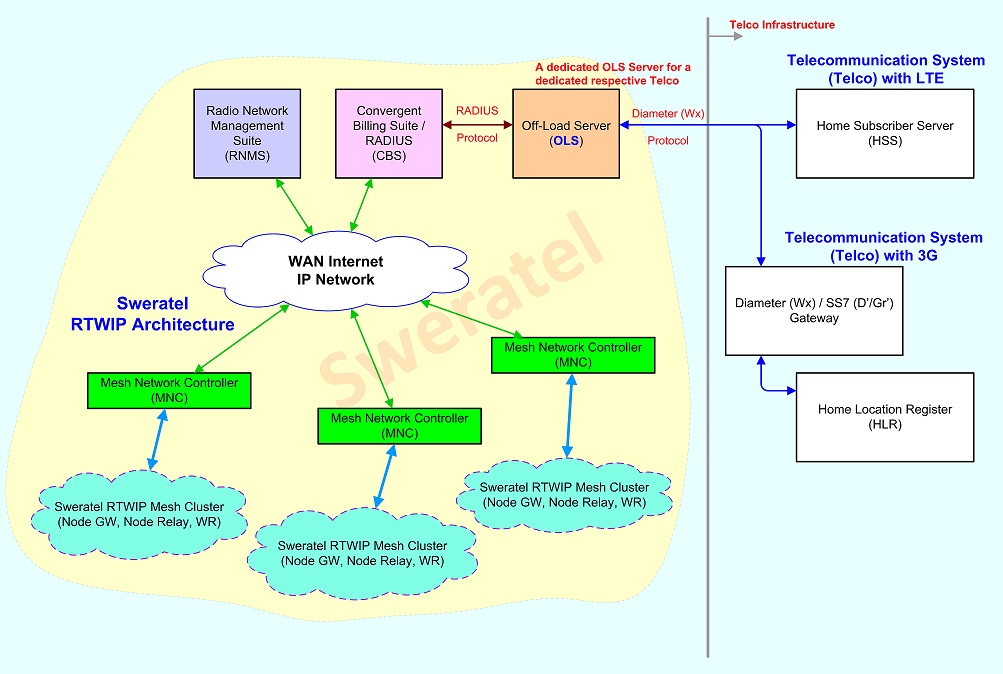 Rapid growth of Mobile Network traffic is a challenge for Telco’s to meet the customer demand of high data usage. The new Smartphones, Tablets, Laptops and other Wi-Fi devices are putting more demands on cellular network capacity. Equipment that can handle much larger data sets than before, at a reasonable cost, it will play an important role in the future capacity expansion.

Operators and ISP are slowly beginning to upgrade their 3G into LTE services. As access to technology increases, SIP voice, HD video, multimedia, broadband data services/applications are becoming integrated into the same broadband networks drives the “Internet of Things” (IoT). The hope once envisioned for 3G/LTE as a true broadband service has all but dwindled away. To achieve the goals of true broadband service, the systems have to make the leap to a high-capacity network. Sweratel will be technology solution partner for Telco’s to use its proprietary OLS to offer seamless roaming between 3G/LTE and Wi-Fi networks to their clients and to jump start its mobile data services to bring high-speed mobile data services to the areas that demand high network capacity.